A downloadable game for Windows

‘D game’ is a point and click ‘game’ about turning off monitors and catching some sun… or not!

This is my 3rd solo ‘gamedev’ try. I’m an artist.
bitsandcrafts.com | Twitter | Twitch

#madewithfungus in 1 week for Tigerj(am) #2 2019 with the theme ‘The Hero’s Journey’. Thank you TigerJ. Twitter | Twitch

This ‘game’ would not be possible without the love, motivation and talent of:

I just played through all three of your games and this is the best one yet! Really awesome and looking forward to the future of your works!

Thank you so much the_can, means a lot <3. Three little games made in couple days for gamejams, really fun and learning experiences. ;)

sorry if this isn't the place but after playing your games/experiences I was left wanting more and wanted to know if you had some picks here on itch that have enthralled you. As someone whos done a considerable amount of time as a psychonaut and inner explorer, I always look for games that offer something provocative and something my soul thanks me for. Any recommendations?

It was an interresting experience ! It's quite an unusual game. I tried to understand what it meant and i was contemplating the graphics.

I recommend it if you want to try an unique experience !

thanks for playing marratou. Can't wait to make another little 'game' with more time.

I'll tell you the story of Jimmy Jet--

And you know what I tell you is true.
He loved to watch his TV set
Almost as much as you.

He watched all day, he watched all night
Till he grew pale and lean,
From 'The Early Show' to 'The Late Late Show'
And all the shows in between.

He watched till his eyes were frozen wide,
And his bottom grew into his chair.
And his chin turned into a tuning dial,
And antennae grew out of his hair.

And his brains turned into TV tubes,
And his face to a TV screen.
And two knobs saying 'vert.' and 'horiz.'
Grew where his ears had been.

And he grew a plug that looked like a tail
So we plugged in little Jim.
And now instead of him watching TV
We all sit around and watch him.

Jimmy Jet and his TV set

Thanks for clicking MrJoshuaMcLean, added a few updates after watching your vod.

Reply
DizzY3 years ago(+1)
played your game and it was very unique game! i was shock and awe at the same time! if any here wanting play it give it a try worth the time!
Reply
bitsandcrafts3 years ago

haha DizzY thanks for playing, that was great. I'm just an artist trying to make weird games. We had 1 week for Tiger_J gamejam and the theme was 'The Hero's Journey'. Thank you so much Dizzy.

no problem! you did amazing job! i wondering if you made any other games?

Hey DizzY. Yes I made 2 pointandclicks last year also for a gamejam. Both very weird, hard puzzles and some bugs. Didn't bother to fix the bugs or improve. I will get more time someday and work on something less weird and higher quality.
https://bitsandcrafts.itch.io/ check my profile. All my 3 'games' are there. Stay awesome Dizzy, keeping an eye on your channel to check other weird games. <3

thanks! that means alot to me! and ill check them out next!

another one Caio, hope you enjoyed. made in only 1 week :) 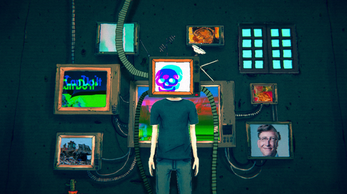 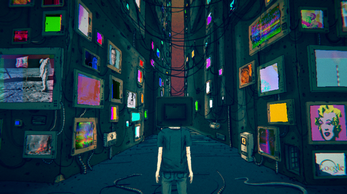 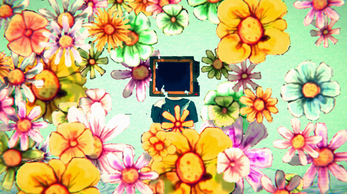